NEW YORK, NY; January 6, 2017—Is Craftsman worth anything without Sears? Stanley Black & Decker is placing a $900 million bet the answer will be yes.

And a corollary question: Is Sears worth anything without Craftsman and sister store brands Kenmore and Die-Hard?

It’s no surprise that Sears has sold its Craftsman brand of tools. It will be no surprise when Kenmore and Die-Hard are sold too. Rumors about those possibilities have been circulating for 6-7 years now as Sears has sought different pathways to monetize those brands beyond its stores. Sears has tried licensing them, but the retailer needs cold hard cash now to satisfy vendors and other creditors that it can stay in business and meet its obligations. Hence, a sale.

But Craftsman and Kenmore are so associated with Sears that it could be a challenge to Craftsman’s new owner (and a potential new Kenmore owner) to move beyond Sears’s rapidly closing doors. [Concurrent with the sale of Craftsman, Sears announced it is closing another 150 stores.]

Why am I so skeptical? In 2009, as then-owner and publisher of Research Alert, Marketing to Women, The Licensing Letter and other newsletters, I published a research study, “Private Label Consumers: Brands They Know, How They Shop & Which Media Reach Them.” We surveyed 200 women to see if they knew which store brands are sold by which retailers.

Across more than 40 apparel, food, and other store brands, consumers correctly aligned brand with store 20% of the time and got it wrong 20% of the time. The other 60% thought they knew, but were wrong.

There were two standout brands, though, that skewed the results among that first group: Consumers knew that Craftsman and Kenmore were Sears brands 78% of the time. The closest runners up in terms of consumers identifying a store brand with the right store: Great Value/Walmart (52%), Equate/Walmart (50%), Faded Glory/Walmart (48%), Jaclyn Smith/Sears & Kmart (47%), and Arizona Jeans/JC Penney (44%). The other brands: None garnered better than 25%, and several were in the low single digits.

Yes, the data is eight years old. But Craftsman has a 90-year legacy with Sears. At the time, even 51% of 18-24 year olds knew that association — bested only by the 56% of that age group that identified Kenmore as a Sears brand. 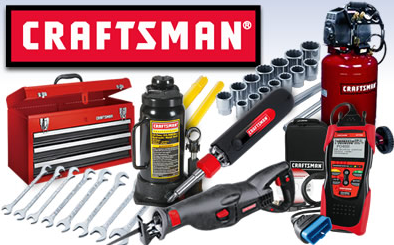 Stanley Black & Decker is leveraging its bet somewhat, paying $525 million on closing the acquisition, another $250 million at the end of year three, and annual payments of 2.5% of sales through 2020, 3% through January 2023, and 3.5% thereafter, according to WWD. “Sears in turn will receive a license to continue to sell Craftsman products that will be royalty-free for the first 15 years, but will have to start paying a royalty payment of 3% after year 15. . . Sales not connected to Sears’ distribution channel were about $200 million over the last 12 months,” WWD reports, while raising further questions about what happens to those payments if Sears isn’t around anymore.

The mega-concern of every retailer out there today is differentiation (OK, and providing a seamless online/brick & mortar experience for its customers). Craftsman has been the best kind of differentiator for Sears for 90 years. Will it have the same cache when it’s widely available? Will it still drive people to Sears? Stay tuned.