NEW YORK, NY; APRIL 1, 2016. Taking One Click To The Max: I bet brands are “clamoring” to be included in Amazon’s Dash Buttons program, as the program’s director tells The New York Times. This is Amazon at its most creative: Amazon Prime members purchase a button the size of a key fob for $4.99 that is programmed to order one of a given item.

Put one for Tide in your laundry room, click when you’re running low, and two days later the item arrives as part of your Prime free two-day delivery. Time is currency, and no one recognizes that better than Amazon these days.

Will Hammock Become A Verb? I admit I wasn’t up to speed on the degree to which hammocks are trending — especially at colleges. Here’s the update you, too, should be aware of from Sporting Goods Business.

Universities have been licensing hammocks; and there are plush Winnie the Pooh-in-a-hammock toys (but no human-sized Pooh hammocks that I could find). But given the seasonality discussed in this article — with this summer season’s sales over, but the fourth quarter a major selling season despite the cold — others may want to test the opportunity.

Raising The Ethnic Fashion Bar: With immigration such a hot button issue this election year, it’s fascinating to see the apparel industry embracing ethnic and religious fashions. “Items include the likes of saris and salwar kameez worn by Indian women; hijabs, abayas, and burkas for Muslims; and kimonos and yukatas for Japanese women and girls,” among others, writes my colleague Karen Raugust in “Licensors Eye Ethnic Fashions,” her latest Raugust Reports blog. Until recently, designers limited such lines to the countries in which a particular group is centered. 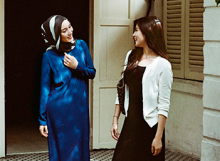 Raugust sees licensing increasing as women in these areas seek more fashionable options, and as designers focus on growing ethnic/religious populations in Europe and the U.S. Raugust discusses examples including Selfridges in the UK, Uniqlo’s U.S. and Southeast Asian stores (see photo), and Spain-based chain Mango as well as name-brand designers active in the space.

Ira Mayer, former publisher and executive editor of The Licensing Letter, conducts competitive research and licensing opportunity assessments. He consults for marketers; takes clients on retail tours; and offers courses on licensing to corporations and at colleges and universities. You can reach him by clicking on the “Contact” button above left. Ira is moderating a session on “How to Work With Licensing Agents & Consultants” and Karen Raugust is leading a session on “Crowdfunding For Licensors and Licensees” as part of the LIMA Licensing University program during Licensing Expo in Las Vegas this June.